Word Counts and Books: It Figures

I’ve got enough stories to fill three and a half books. That’s a lot of jack, content-wise. I’ll hit the four-book level this summer. So what do you figure? Would you figure it’s hight time to publish a book? Sure. It figures, all right. 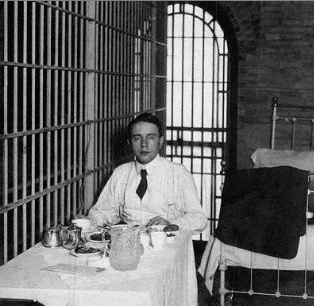 The author at work.

I do the numbers all the time. Numbers of words. I can’t help it. A constant, hard deadline will do that. I bat out three short stories every month for my subscription series. Each yarn averages 5,000 words per. I started it up in February 2013 and I’ve kept it up. Every first of the month, three more yarns. Another month, another trio. Three adventures in thirty days. Week one, write a story. Week two, write another. Week three, the third. Week four, edit and polish and upload. Week five, pick yourself up, dust yourself off, and start all over again.

The shortest tale runs 2,200 words. A few stories approach 9,000 words. That’s one heck of a span, but I get away with it. I relish it, too. What a luxury to tell a story in whatever length it takes. Within the confines of a throwback, hard-boiled series, there’s no cuffs on me. The subjects, people and places are wide open. The sky’s the limit. Sometimes I’ve got a clever twist in mind. Or a colorful character. Or a honey of an opening. Then it’s off to the races. My schedule doesn’t afford much time for lingering, malingering or singing the blues.

That’s a whole lot of work. Just on its own. Without the rest of life breathing down your neck. I’m not bragging, just stating the facts. Funny thing, I’m pretty damn used to it by now. Not that I’d ever call crafting words into some creative semblance as routine, but it’s become a way of life. I’ve got that down, after a fashion.

So it’s time to do a book. It figures.